Osmanabad is famous for its religious sites and attracts thousands of tourists throughout the year, who 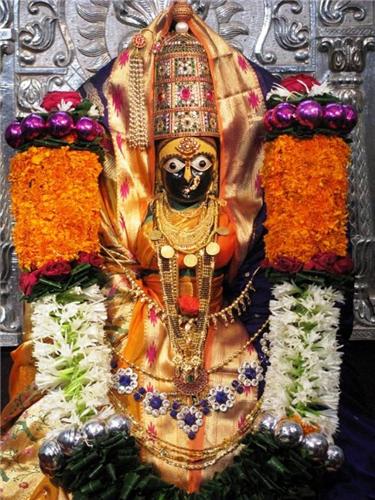 worship and pay homage to the innumerable relics and places of religious worship. Tuljapur district in Osmanabad is famous and a revered place for housing the temple of Goddess Tulja Bhavani in the state of Maharashtra. A Hindu temple and believed to be one amongst the 51 Shakti Peeths ( where goddess Sati’s body parts are believed to have fallen scattered into pieces), Tulja Bhavani Temple is located in the Balaghat Mountain range about 45 kilometres from Solapur district in Maharashtra and was built around 12th Century BC.

A family relic and deity of the Bhonsle kings; whose descendant was the great Maratha warrior Shivaji, Tulja Bhavani Temple is a holy site visited by innumerable tourists and devotees who seek blessings of the goddess who is a self manifestation or a Swayambhu lingam. Lovingly called Jagdamba, Turaja, Tvarita, Tulja, Ambabai and Aai, there is mention of the goddess in Skanda Purana, and Tulja Bhavani is considered of maintaining moral stability in the universe by fighting demons and warding off evil forces that threaten to destroy stability and restore order and peace in the universe and ensure well being of her children. It is believed that Goddess Tulja Bhavani presented Shivaji with the sword Bhavani to beat all his enemies in the battlefield and emerge victorious.

Legend narrates that Goddess Tulja Bhavani fought off a demon known as Kukur and restored peace and balance in the universe, hence she came to be known by the name Tulja Bhavani as Bhavani is manifestation of Goddess Durga. The deity which is housed in the temple is three feet tall and carved from granite stone with eight arms bearing weapons along with holding the head of the slain demon Mahishasur. The temple has to be accessed through the primary entryway named Sardar Nimbalkar Pravesh Dwar and past two other entry points known as Raja Shahaji Mahadwar and Rajmata Jijavu main entrance. 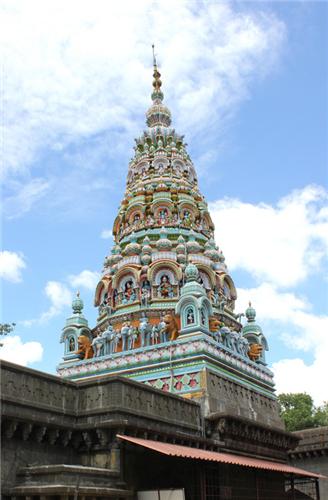 On the temple premises, there is a Yagna Kund and two bathing tanks namely Gomukh Teerth and Kallol Teerth where devotees take a holy dip before seeking the blessings of the goddess.  Besides the main temple of the goddess, there is Siddhi Vinayak Temple, Amruth Kund, Duth Temple, Adishakti Temple Adimata Temple, Matangadevi Temple and Annapurna Temple. The main pujaris or priests in the temple are from Bhope community belonging to the Maratha clan along with other Brahmin priests.

Devotees and pilgrims can reach Tulja Bhavani Temple through Naldurg, Nagpur and Solapur or Latur via state transport buses, hired cabs or private conveyance via roads and highways. Devotees can also travel to Solapur or Osmanabad railway station and reach Tuljapur via road. They can also access Tuljapur via airways and the nearest airports are located in Hyderabad and Pune.

So, on a visit to Osmanabad; a trip to Tulja Bhavani Temple is strongly recommended, not only to seek blessings and offer prayers but also to admire the architectural splendour as well.