Osmanabad is located in the Balaghat mountain range overlooking the Deccan plateau in the state of Maharashtra. Deriving its name from Nizam Osman Ali, the last ruler of Hyderabad of which the city was a part earlier; Osmanabad was also captured by Mughals, Bahamanis, Bhonsle kings including other dynasties. As a result, the city is replete with ancient monuments, architectural edifices, forts, temples, mosques and other religious shrines. To be specific, Osmanabad is also famous as a religious destination visited by scores of tourists and pilgrims from all over India.

Osmanabad is surrounded by sub divisions of Latur, Sholapur, Ahmednagar, Gulbarga, Beed and Bidar and bordering districts in which several temples are located, the likes of Tulja Bhavani, Yedeshri Ramling Temple, Ramvardayini Temple, Kulbhushan-Deshbhushan Temple and the list continues. 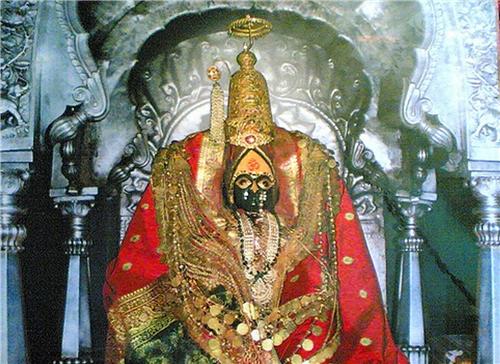 Situated about 45 kilometres from Solapur and built in 12th Century, Temple of Tulja Bhavani in Tuljapur, Maharashtra is revered by devotees who pay homage to the goddess. The temple is indeed an architectural splendour and the shrine is considered among the 51 Shakti Peeths and housing the idol of Goddess Durga is strongly recommended for tourists visiting Osmanabad.

Yet another famous temple, located close to Tulja Bhavani Mandir in Tuljapur is the Ghat Shila Temple atop a boulder believed to be blessed by Lord Rama who was searching for Sita in this region. Folklore also narrates that Goddess Amba took the form of Sita to taunt Lord Rama, but was identified by the former and Rama asked for blessings from the goddess to be successful in his endeavour.

Next is Kulbhushan –Deshbhushan Temple, revered by the Jains, situated at a distance of 50 kilometres from Osmanabad in Kunthalgiri. Also known as Bara Mandir, the temple is located atop a sanctified hill is famous for its sky high tower with artistic and architectural grandeur. The deity of Kulbhushan-Deshbhushan measures upto 3 feet and crafted out of white stone and the main idol is flanked by idols of Lord Shantinathji, Adinath, Munisuvratnathji and Charitra Chakravarti Acharya Shantisagarji. 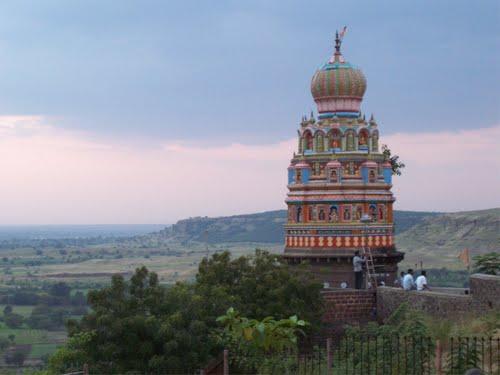 Located in Ter village, Ter Jain Temple is a sacred shrine of the Jain sect devoted to Lord Mahavir and houses the idol measuring upto 5 feet 4 inches in height. Devotees also worship several idols and footprints of Jain saints in the temple premises. Tourists should also visit Yedeshweri Temple in Kalamb district of Osmanabad where the idol of the holy goddess resides.

Ramvardayini Temple in Yamunachal of Tuljapur is devoted to Goddess Ramvardayini with eight hands who blessed Lord Rama to find Sita, his wife. The Samadhi of Acharya Shantisagar Maharaj, the holy Jain saint who renewed the Digambar customs is located in the same area. Tuljapur also houses the Matha of Saint Garibnath who was an ardent worshiper of Goddess Bhavani and the bust of Garibnath along with deities of Ingalaj Devi and Goddess Bhavani are housed in the spiritual residence of the saint. Ramling Temple in Yedshi Ramling Wildlife Sanctuary is also worth visiting on a trip to Osmanabad.