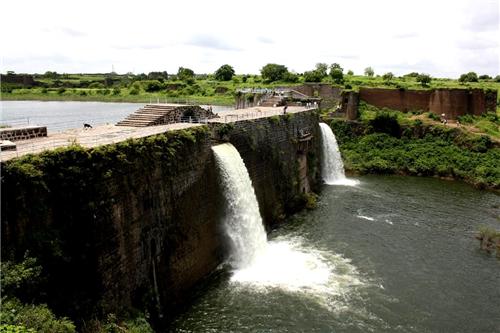 History is always fascinating and intrigues an admirer of its lineage; therefore tourist destinations with a historical past attract visitors from all places. Osmanabad is popular as a city with a lot of historical narrative from the past with forts, monuments and architectural delights dating back to the days of Nizam’s rule and also bearing testimony to the Marathwada days. The city and district of Osmanabad is divided into eight segments or sub divisions and it is flanked by neighbouring regions with lots of tourist spots and religious shrines.

Naldurg is a district located at a distance of about 50 kilometers from Osmanabad city and it was too a part of erstwhile Marathwada region. Naldurg is thought to have been ruled by King Nalaraja and the famous Naldurg Fort is also expected to be built around the time of the Chalukya rulers. An architectural splendour, Naldurg Fort is visited by tourists all through a year and stands tall as a witness to the kingdoms that ruled over the district base in ancient period.

Constructed within an envelope of a hillock made of basalt rock, the magnificent fort overlooks the Bori River and the valley beneath. All through the steep hillock, weaponry adorns the fort from three sides along with a stronghold carved out of basalt rock with the capacity to store heavy artillery and guns. The perimeter of the fort is a mile and half and there are several bastions running parallel to the fort with Upli Buruj acting as the highest level of the fort. Naldurg Fort lies in a ruined state at present yet the bastions and portions of walls still exist like Pune Buruj, Nagar Buruj, Sangam Buruj, Bands Buruj, Paranda Buruj, and Sangram Buruj.

Certain portions of constructions like Baradari, Ambarkhana, Barood Kotha, Jali, and Rangan Mahal still remain inside Naldurg Fort in ruins. Two renowned army tanks inside the premises of the fort are known as Hathi Toph and Magar Toph, as they are shaped like the creatures. Rest of them are known as Machali guns and the entry points to the fort are marked with two gates known as Hurmukh Darwaza and Hathi Darwaza. A dam was constructed during the reign of Adil Shah II around 1613 across the Bori River alongside a building known as Pani Mahal. The dam is a tourist site as it connects two important points, the Ranamandala and the fort.

Overall, a visit to Naldurg Fort cannot be missed on a trip to Osmanabad city in Maharashtra.