Osmanabad is a fascinating city within the district with its namesake. The ancient city still harnesses its historic roots even after being transported to a modern era. The city has been ruled by the Nizams, Bhonsle Kings, Chalukyas, Rastrakutas and several other rulers who set foot here in the region, a part of the erstwhile Marathwada region. Also known as Dharashiv, Osmanabad stands as a testimony to its ancient past and is filled with historical monuments, religious shrines of different communities visited by tourists and devotees all around the year. Dharashiv Caves located on the fringes of Osmanabad is also an intriguing piece of artwork that still exists and allures visitors. 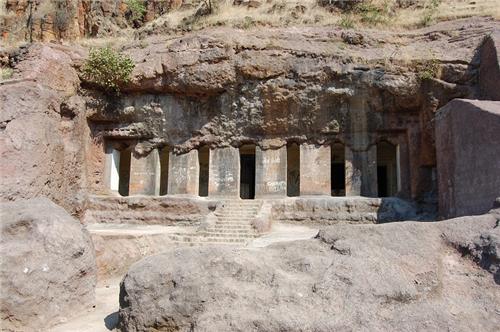 Dharashiv Caves are a nexus of 7 caves located 8 kilometres from Osmanabad city in the Balaghat Mountains range. Speculated and debated to be built around 5th -7th Century, Dharashiv Caves are a magnificent creation and there have been debates also over the lineage of the caves, whether they are Buddhist or Jain creations. The caves were excavated around 10th Century with the first of the caves with a tiny opening but lacks any architecture or sculpture and the second cave has a sculpture with intricate artwork situated on the right side. The second cave’s architecture is identical with the Vakataka Caves at Ajanta and the first cave is harnessed by 20 pillars or scaffolding. 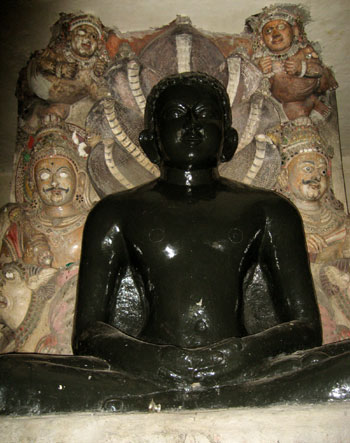 With a central lobby and 14 compartments for housing the Bhiksus and a central chamber housing the statue of Gautama Buddha seated in Padmasana posture. It is also speculated that the cowl of a snake atop Buddha’s sculpture is the epitome of Jain Tirthankara Parasvanath. The third cave in the row has similar artwork like the first cave.

Caves five and six are located close to the above mentioned caves and they are expected to belong to the Jain Tirthankaras, mention of which is found in Prakrt writings of Karakandicariu. These caves are believed to be dug up by King Karakanda, whereas the last remaining caves in the order were estimated to be dug up during the reign of Rastrakutas.

The caves are must recommended for visitors on a trip to Osmanabad along with a Shiva Temple on its premises. Dharashiv Caves can be visited from Tuljapur district which lies at a distance of 25 kilometers or from Osmanabad via hired cabs or public transport.